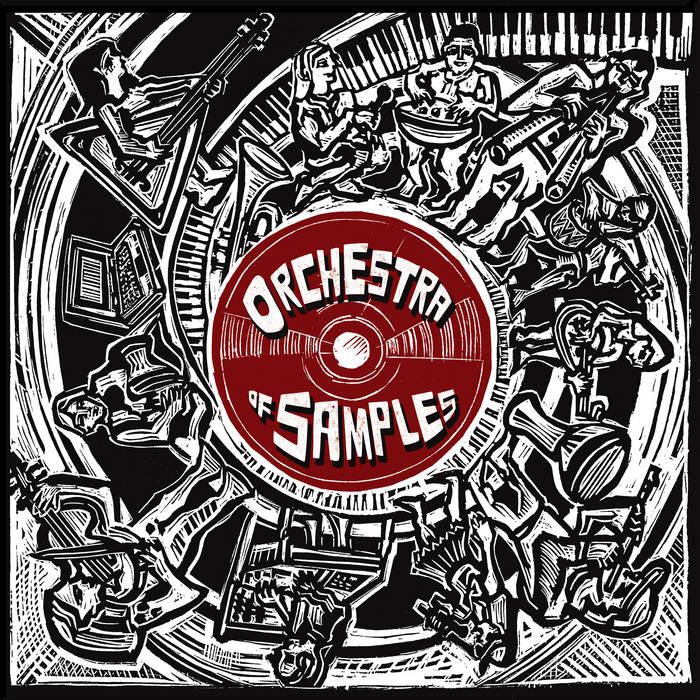 "Ingenious and compelling"
THE TIMES

"A glimpse into the very essence of music"
CULTURED VULTURES

"richly rewarding on repeated listens... like the best albums do, it leaves you with a list of musicians and performers to investigate"
NORTHERN SKY MAGAZINE

Take hundreds of musicians from more than 30 different countries around the world, all recorded over a period of 10 years. Imagine that the musicians have never met or recorded together but converge in compositions created by sampling, unique fusions crossing cultures and styles. This is what Addictive TV have built with their Orchestra of Samples project and their album.

As artists, Addictive TV have been at the forefront of audio and video remixing for nearly two decades, and whilst touring the world in recent years, Orchestra of Samples became a vital part of their travels. “Orchestra of Samples is a journey into musical serendipity,” explains frontman Daniels “Taking extra equipment to nearly every gig, we recorded and filmed hundreds of musicians from Brazil to Senegal, China to Kazakhstan, across Europe and even in Egypt during the Arab Spring. From these, we cut up thousands of samples to create new music, with the samples dictating the direction in the studio, recontextualising musicians as if they were playing together when in fact they all improvised seperately and none of them ever met!”

It was important that the project wasn’t created from anonymous
downloaded samples; Addictive TV met, recorded and got to know every single artist involved, working with, and in many cases becoming friends with, a great number of people during the journey.

Orchestra Of Samples was released on CD, LP and digitally on 2nd June 2017.

"Awesome in a word!" TIME OUT

Once so eloquently described as ‘next level shit’ by Grandmaster Flash for their AV sampling extravaganzas, British artists Addictive TV were called "Light years beyond the gallery realm of masters like Bill Viola” by American magazine XLR8R.

Sampling musicians around the world, the digital maestros bring you Orchestra of Samples. ... more

Bandcamp Daily  your guide to the world of Bandcamp